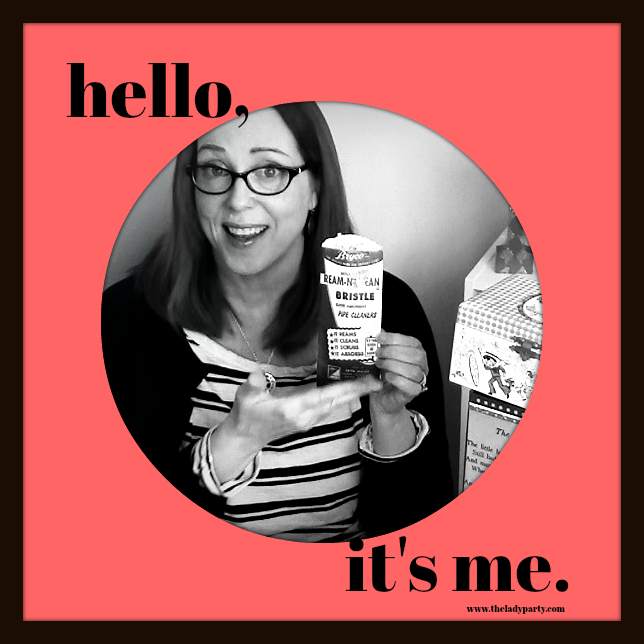 I'm sorry to report that I'm still recovering from the creeping crud that crept into my lungs, sinuses, and ears over the holidays. I had really hoped to be feeling much better much sooner. I had all manner of grand plans of having my new home and studios set up and ready to roll, all of the walls freshly painted and the knick-knacks scattered and the pictures hung, new videos shot and edited, blogs blogged, projects created...

I am sitting in my basement office/studio surrounded by boxes and feeling disappointed in myself for not being nearly as awesome as I wanted to be.

This is not an unfamiliar feeling.

Since I haven't been busy being awesome and instead spent the past two days feeling less than awesome on the couch, I got sucked into drama on the internet. I deeply regret this. Apparently a certain former talk show host and media mogul who gave a certain inspirational speech at an awards show the other night is a deeply polarizing figure. I can only deduce that the extremity of the visceral reactions to the political speculation that followed is due our collective need to divert our attention from the train wreck being engineered by the Great Orange Menace. There's so much unresolved anger, it needed a fresh outlet.

I suggest you save your outrage, you may need it later. If you want something about which to get your knickers in a twist, try reading this. Brew up a fresh pot of java and read this next.

I'll meet you back here.

Side note: If you mention her name in the comments here I will not publish your post. No, seriously. It's come to this, She Who Must Not be Named. The mere mention summons all manner of crazy.

Note to self: Stay off of social media unless you are promoting your new book.

Other note: There isn't another note. I just like things in threes.

Speaking of my new book...it's coming along! I did a first pass on final edits this week. So, that happened.

Then I sat down and wrote this blog post. Go me! This is part of the fire under my butt towards being more awesome.

I'm going to get right on that.

Love,
Margot a.k.a. Madge a.k.a Mistress of the Living Room Couch