About That Tax Bill 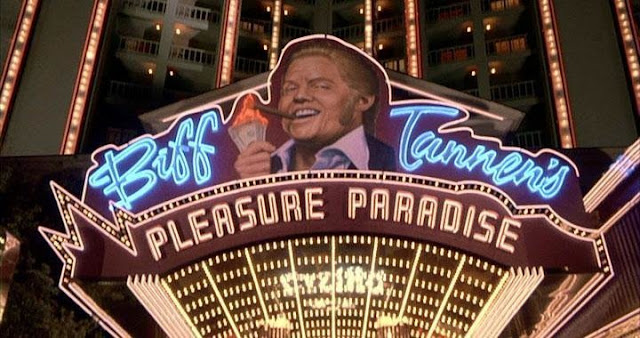 Living in this time, in this country, is like living in the beginning of a Dystopian nightmare. Every day is a fresh assault, every tweet another nail in the coffin of our republic. Through a stealth campaign of gerrymandering, voter suppression, collusion with a hostile foreign power, fake news propaganda from right wing media, and shameless lies, we've been witnessing a bloodless coup. Our government has been taken over by a cabal of elites and their evil minions, who are, as I type, preparing to pass the most egregious bill in modern history. They're not even hiding it anymore. If you didn't pay, you don't get to play. Trump Tax is a yuge holiday gift to the 1% wrapped in a big gilded bow while the rest of us get coal in our stockings and a big fat 'fa la la la la la fuck you very much.'

Yes, I said holiday. You heard me, don't even start.

Our clueless president, the Snake Oil Salesman from Queens has managed to manipulate a huge portion of the electorate into believing he's their savior. This, of course, is unfathomable. Yet, they've been spoon fed a steady diet of alternative facts cloaked in the rhetoric of fear and division for years. Millions of people brainwashed into hating their friends, family, and neighbors. Voting time and time again against their own interests, and they stubbornly refuse to see the truth. The willfully ignorant, blissfully hateful, unrepentant poorly educated masses, who would take great offense at my East Coast elitist college educated liberal point of view, line up exposing their bare bottoms to another the wack of the paddle.

"Thank you sir, may we have another?"

If this was a movie, you'd be hard pressed to think it plausible. Yet here we are, living in the shitty timeline from Back to the Future. Only Marty McFly and Doc aren't going to show up and save us from Biff.

Remember thinking how absurd it would be if Biff became president?

These are some dark times indeed. Yet we hold out hope that Mueller will prevail, Flynn will sing, the truth will out, and the whole lot of these treasonous traitors will meet their destiny with the wheels of karma. Sure, the good guys may win in the end, but not without collateral damage. The question is, how bad with the fallout be?

Knocks on wood. Stay cool, Kim Jong, the dotard speaks for himself.


The question is, why are they in such a hurry to pass this bill, which they've managed to stuff with all manner of unrelated goodies to appease their corporate overlords and pander to the (im)moral minority? Is it because they know the big shit is about to hit the proverbial fan? Not only is this bill designed to make it impossible for anyone who isn't rich to pursue graduate level degrees, to make it even harder for cash strapped college graduates to pay back predatory student loans, to crush the dream of small businesses and independent contractors who will no longer be able write off expenses that make it possible for them to stay above water, to punish teachers who dig into their own pockets to buy supplies for students in underfunded schools, to ensure that anyone with significant medical expenses will be unable to sustain their treatments, to punish tax payers who live in states that vote blue, to place the burden of taxation without representation on the poor and the middle class...but wait!

They've added in a crushing blow to the ACA and a measure to make it even more difficult for women to maintain control of their reproductive choices. And they're sharpening the knives for Social Security and Medicare.

So many things about which one might feel outraged, including the deluge of revelations about the depth and breadth of sexual abuse in this country. It's not news to women. This is systemic sexism under we have been suffering for decades. We just never thought the tides would turn. Me too. You too. Her too? Yup. It's looking like a tsunami may be forming. If only it would wash up to the White House, where our Predator-in-Chief old Teflon Don is still performing three shows a day as the saddest clown in the worst circus ever.

I don't know about you, but I'm weary of faxes and phone calls and marches that fall on deaf ears. I'm sick of getting letters from Senator Pat Toomey, which I don't even bother to open because they're canned condescending responses to my impassioned pleas. I'm worn out from sustaining this constant, unrelenting outrage. I can't believe what the GOP is doing to this country. I can't believe my daughter has to be here for the aftermath of this political apocalypse. It makes me furious.

I'm holding on by a thread, but I'm holding on and holding out hope that we're not done yet. It gets harder to hold on with each passing day. But I'll be damned if I'm going to give up. This kick ass warrior woman is here for the long haul.

In Solidarity,
Madge
Email ThisBlogThis!Share to TwitterShare to FacebookShare to Pinterest