No Shame In My Game 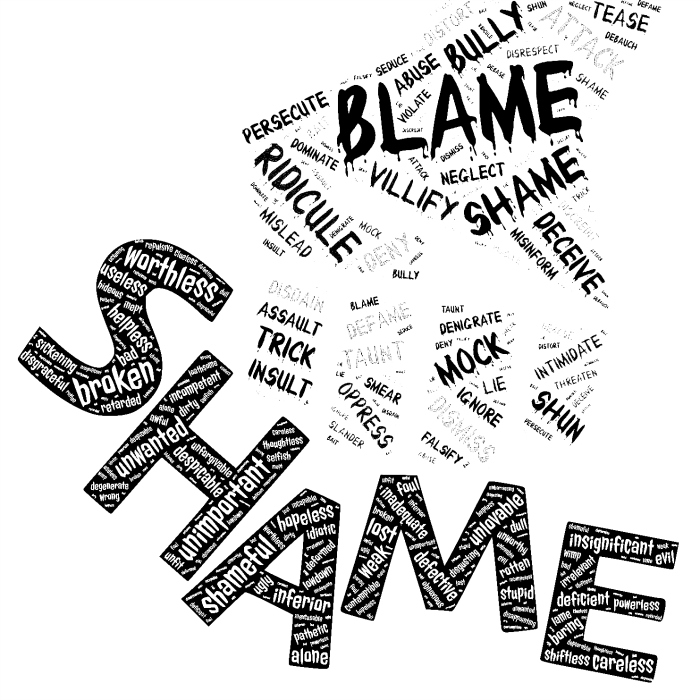 Negativity is seductive. In a messed up way, making fun of other people makes us feel better about ourselves, at least for the moment. It leaves a nasty aftertaste that lingers long after that moment has passed. Watch how fast a negative post gets traction online. See how quickly other people jump into the fray to add fuel to the fire. Much of the time, they have no idea what the real story is, but they're ready with virtual pitchforks to condemn.

Much of this negative focus online is on women and particularly on women of a certain size who are not willing to conceal themselves under layers of fabric to avoid offending others. The accompanying narrative suggests that they are horrible people for wearing a bathing suit or leggings or a pair of short shorts or worse, for just existing and being in proximity.

Let's get real, it's not the outfit, it's the body. When people share photos of larger women in skimpy outfits online with the sole purpose of shaming them, they are body shaming. They are bullying. They are announcing to the world that curves should be covered, or else.

Call them out and you'll hear the same refrain. I'm not shaming them, they shamed themselves! It's offensive! How could they go out in public like this? What about the children? How dare you confront me! How would you like it if you were walking behind this woman?

What other people wear or don't wear is none of my business. If I had any thought, it would likely be that this person was obviously comfortable in their own skin. I wish I was more comfortable in my own skin. I'm ashamed of my cellulite and my weight gain, so ashamed that I won't expose my arms anymore. I hate being hot, but I'll suffer and sweat to avoid letting anyone see my lumpy upper arms. This is absurd, and I know that. Yet, growing up I was a subject of bullying. My skin is very pale, even when I was slender I hated wearing shorts or bathing suits in public. Total strangers would walk up to me and tell me to 'get a tan' with a snicker. People would point and laugh at me at the beach. I was called Casper and Ghost. Every time I braved the fray in a bathing suit or shorts, some asshat had to make a snide comment. It still happens, which is why I won't wear a bathing suit or shorts in public anymore. I was once shamed into covering my legs on live TV because a viewer was offended by my pale skin. As a kid, I was odd looking, skinny with wild hair and funky teeth, other kids were relentless. Now that I'm an older woman, with pale skin and cellulite, I am afraid of being judged and mocked, so I avoid it by staying covered up. This is sad, isn't it? Why can't we give each other a little breathing room? Why can't we be kind?

Why can't I ignore the haters and embrace my lumpy curves? I need to work on that.

We think when we grow up, we'll act better. We tell our children to play nice and be kind. Yet, some people never seem to get the memo. In this increasingly rude, vitriolic, uncouth reality lead by a man who regularly calls women fat pigs and brags about grabbing them by their gentalia, the thin veneer of civility has slipped away. The masks have been removed. The beast has been released. The addiction to likes and hearts and nasty comments keeps increasing. Everyone wants attention, and they'll do almost anything to get it, including shaming someone else.

We can do better. We can be better.

I will no longer support people who engage in this behavior even by proxy. I cannot be actual or virtual friends with bullies. I am not the boss of you, but I am not going to participate even by proxy in 'fat shaming' other people. I don't care what your excuse is, there is no excuse for shaming other people for any reason, least of all their physical appearance. If you can't get with that program, then you're no longer invited to my program.