News from the Couch 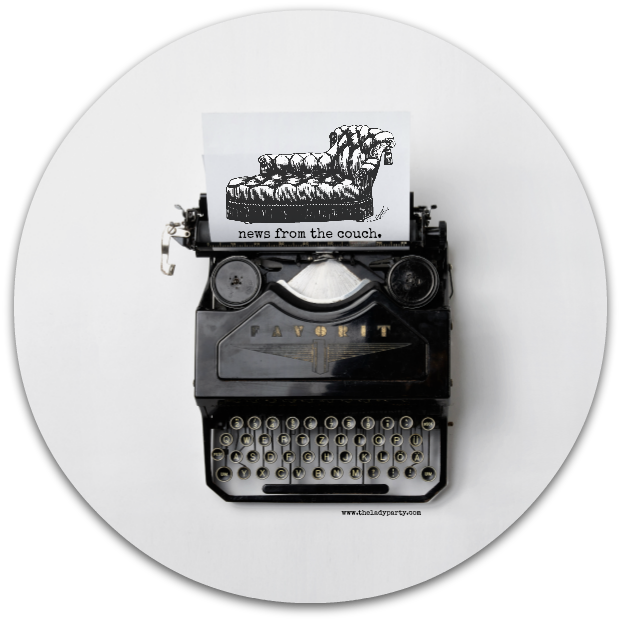 Welcome to News from the Couch...or Can I get some Whine to go with this Post?

Hey there hep cats and hep kitties! It's day 11 of the creeping lung crud and I'm still not ready for prime time. This is disappointing. It's frustrating. It's maddening. I like being busy. I'm a 'get up and do stuff kinda gal.' Forcing myself to be a 'sit on the couch and do nothing kinda gal' has been difficult. However, the one day I felt better I got up and did too much stuff. Note to self: Don't get cocky.

The day that I got up and did stuff was the day I shot and edited a video submission for a reality competition show. Confession: I had already submitted, at least I thought that I had, but I didn't follow instructions because I just edited random YouTube footage into a reel. Upon further reflection, I realized this footage may have been...confusing. I decided to give it another shot. When I hit submit, I got an email confirming my submission. This is marginally interesting because I did not get an email the first time around. The platform is pretty glitchy. I think my first submission never arrived. Why I'm submitting to a reality competition show is a mystery even to me. I don't like competitions. I have never been a contest kind of personality. I don't think this is going to happen, anyway.

It's hard to let go of DIY. It's kind of like experiencing a bad breakup with someone you really liked and losing all of your friends in the process. I never had closure.

Back before 'the nightmare that was Tennessee,' my craft career was on a roll. I was finally 'getting' the internet and how to photograph, present, and promote content. My craft blog was getting lots of traffic. I had three books in a stand alone display in the center of every jewelry aisle in every Michaels store in the country. I had a robust freelance client list. My social media pages were getting lots of traction. My YouTube videos were getting lots of views. I was knee deep in finishing the details on my 7th book.

I worked really hard to build all of that, so when it all went to shit, it was a bitter pill to swallow.

On a side note, being able to curse freely has been one of the benefits of 'the craftermath.' So there's that. Unfortunately, that does not pay the rent.

Note to self: Explore career in professional expletive expression.

What I am looking for is going to be found in my finally and fully releasing attachment to the bad thing that happened. It's a work in progress, folks. I think I mistook that release for making grand sweeping statements on the internet about never doing crafts again. Mea culpa. The thing is, I will always do crafts. I am a creative person. It's in my DNA.

Honestly, failing spectacularly is not easy or fun. Losing everything sucks. Getting up every day and putting one foot in front of the other as you rise from the ashes of your spectacular public defeat takes a metric ton of moxie, chutzpah, and unmitigated gall. It's even more difficult when your reinvention evolves in slow motion.

Are we there yet?

And sometimes, you just have to admit that you can't fix what's broken, you are spectacular in spite of your failings, and you need to rest and recover so you can summon the energy to keep marching bravely forward.

And with that, there's a couch awaiting my most auspicious return.