Big Brother Big Data and You: The Great Manipulation 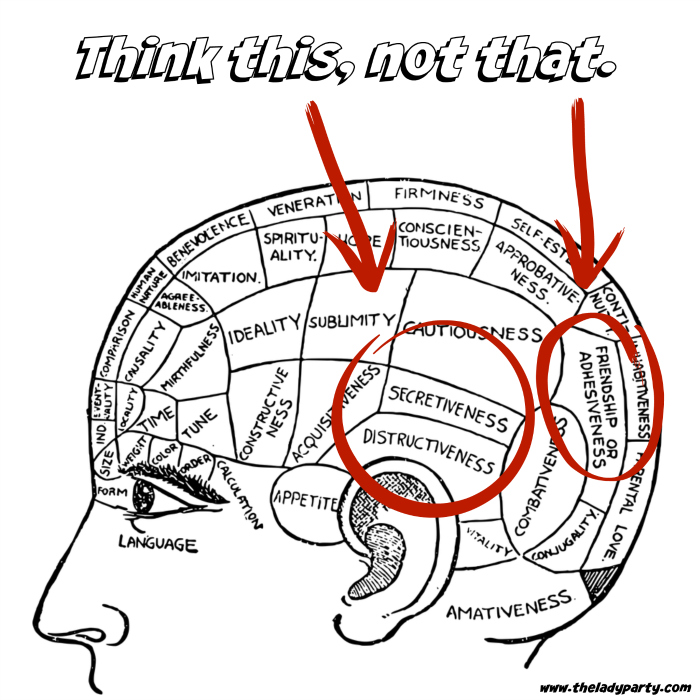 "The party told you to reject the evidence of your eyes and ears. It was their final, most essential command. His heart sank as he thought of the enormous power arrayed against him, the ease with which any Party intellectual would overthrow him in debate, the subtle arguments which he would not be able to understand, much less answer. And yet he was in the right! They were wrong and he was right." George Orwell, 1984

We are here, now, in the dystopian future where people's thoughts, feelings, interactions, and relationships are being molded and shaped by an unseen force. That force tracks everything we do. It knows what we buy. It knows where we travel. It knows what we like and dislike. It knows how we vote, how we pray, how we love, and how we think. It knows what we photograph, what we share in private communication, what we do when we think no one is listening. It knows virtually everything about us, because we have given it all away. It serves us information that confirms our biases and even fine tunes them.  It manipulates us into an endless stream of misdirection and distraction that creates deep divides. It has taken the idea of us and them and amplified it to a deafening roar.

Big Brother is watching you and it has been for quite some time. Our recent election was shaped by information that was carefully crafted to solidify confirmation bias, cognitive dissonance, the Dunning-Kruger Effect, and the illusion that the people on 'the other side' are evil. The biggest players in the power grab have invested into algorithms that are designed to affect the way you think. Take a moment to read about Cambridge Analytica, Robert and Rebecca Mercer, and Steve Bannon. How many Facebook quizzes have you taken? How many things have you liked, loved, hated, sad faced? What do you search online? Where do you spend your time on the internet and what do you do when you're there? Where do you shop? What do you buy? This is all data. The 'fake news' on the left and the 'fake news' on the right are all being dished up in your social media feeds through carefully targeted analytics. You are being manipulated. We are all being manipulated.

If you wonder why someone on 'the other side' believes completely false narratives are true, it is because they are being carefully fed those false narratives. This is true on both sides of the ideological fence. Take some time to look at the information you are receiving and how it is being transmitted. What biases does it reflect? Can you separate those biases from the truth? What false narratives do you believe to be true?


“You will be hollow. We shall squeeze you empty, and then we shall fill you with ourselves.”  George Orwell, 1984

If you  wonder why people are so divided and so angry at family, friends, and acquaintances who hold different views, it is because their feeds are being filled with 'news' and information that paints 'the other side' as evil. This is the real story. This is the deepest dive of the deep dives. Take some time to look at your feed more critically, visit pages of people you don't see as much who hold opposing views, check out what they're sharing and saying. The Matrix is real, Big Brother is here, it is a Brave New World, folks. Fiction is rapidly becoming reality.


"The Party seeks power entirely for its own sake. We are not interested in the good of others; we are interested solely in power. . . . Power is not a means; it is an end . . . not power over things, but over men." George Orwell, 1984

I have started looking more critically at the information that is being served to me on social media and online. What ads am I seeing? What memes, links, images, videos, and shared posts are popping up in my feeds over and over and over again? What narratives are being repeated by my liberal and conservative friends? What am I being fed and what is being left out of the picture? How is my world view being shaped by social and digital media?


“We do not merely destroy our enemies; we change them.” George Orwell, 1984

It doesn't stop with social media, web tracking, and search engines. It doesn't even stop with where we shop and what we buy? What is even more disturbing is that our smart devices are listening to us. Our cell phones, 'Smart TVs', Amazon Echos, Google Homes, everything is listening. I've had items show up in ads that I never tapped into a keyboard, immediately after talking about them with my husband. My cell phone picked up on the conversation.

Most of my feeds are filled with information from what are considered 'trustworthy sources.' Still, I am not inclined to read one article and accept that it is true regardless of the source. I look for other sources. I follow threads. Even then, I am fully aware that we are only being given some of the truth. Even our search results are being curated. We don't know the half of it, and we probably never will.


“Power is in tearing human minds to pieces and putting them together again in new shapes of your own choosing.” George Orwell, 1984

I have been promoting myself via social media for many years. It's how I built my DIY brand, it's how I'm building my portfolio as a writer. It's an evil that I have chosen to use with trepidation, because we have a symbiotic relationship. More aptly, it is a parasitic relationship. Like everyone online, I am trying to find a way to amplify my message and break through the noise. I do most of my marketing on Facebook, but I do not like or trust Facebook. However, everyone is there. Everyone is there because this psychological experiment and data mining powerhouse has keyed into the pathways to light up people's brains and keep them engaged. It's addictive and seductive and I believe that it is poison.


“The choice for mankind lies between freedom and happiness and for the great bulk of mankind, happiness is better.” George Orwell, 1984

I'm not sure how you fight this. Can you use it to your own ends without being consumed by it? How do we find the balance between virtual reality and reality? Is it too late to stop Big Brother from keeping us distracted and divided? I don't know. I do know that I'm watching it tear people apart and that's terrifying. So the question becomes, can you escape Big Brother and more importantly, do you have the courage to try?


“If you can feel that staying human is worth while, even when it can't have any result whatever, you've beaten them.” George Orwell, 1984