Fa la la and All That Jazz 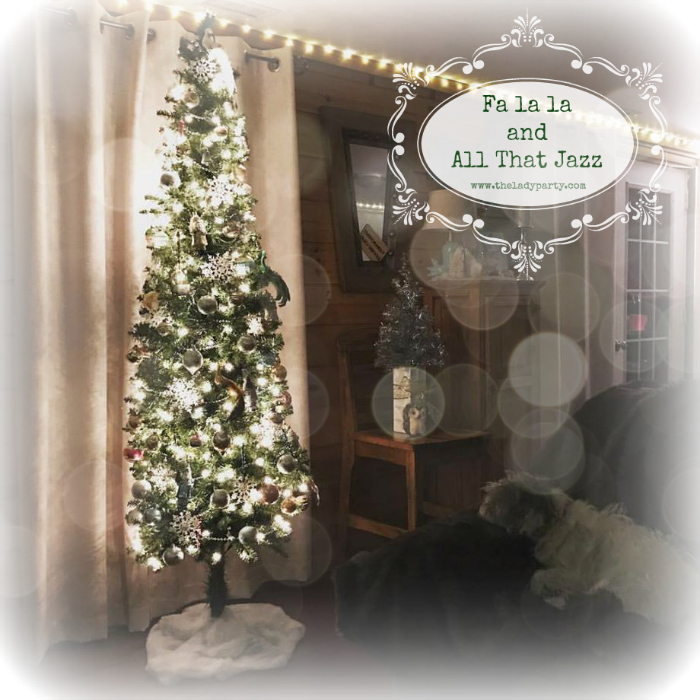 I have been decking the halls since Monday. I'm not feeling well, so it's taking a while even though we don't have much in the way of halls around here. I had to do something to fight the dying of the light. It's a small thing and it will only last until the new year, and then come mid-January it's going to feel like Voldemort and the Death Eaters won.

In light of this, I may have to keep the halls decked for the next four years. .

Just when I think, well, maybe this is as bad as it can get, it gets worse. It's as if the Twitterer-in-Chief is purposefully filling every cabinet position with the person most likely to destroy everything that office is supposed to protect. It's opposite world. It's like a game to him, a fucked up game where he delights in surrounding himself with hateful, horrible people. It's had me up at night crying and trudging through my days in a funk. It's had me scratching my head as people who voted for this crazy person dig in with resolve and categorically refuse to pay attention to what's happening.

And no, it's not because my 'team' lost, because this entire country lost and even more importantly, the entire planet is going to lose. The only winners in this post-fact, openly racist, Orwellian, swamp people oligarchy are the Koch Brothers and the 1%. What blows my mind is how the masses who voted for DJT were fooled yet again by a privileged white dude who pretended to be one of them. What is up with that?

Donald J. Trump Verified account ‏@realDonaldTrump
"@damiranz: DonaldTrump: Pls don't run for president. If you do and win, the rest of the world would be screwed" So true, (except friends)!

Yup, if he wins the rest of the world will be screwed, except friends. He tells it like it is, folks.

Meanwhile, education, healthcare, Medicare, Social Security, labor, the environment, free press, free speech, civil rights, women's reproductive rights, LGBTQ rights are all on the chopping block or more aptly, are all being offered up to the private sector.

In case you're wondering what that looks like, do a little research on what it was to be poor in the 1800s. Also, enjoy blue skies, clear water, amber waves of grain, and bald eagles while they last because once the regulations that protect these things are gutted, you can wave them goodbye.

Then there's the Standing Rock absurdity...

I keep feeling like this is a nightmare and I'm going to wake up soon.

Only I'm not, so I will take my small joys where I can find them.

And all that jazz.